Australia Wildfires Have Claimed 25 Lives And Will Burn For Months, Officials Say 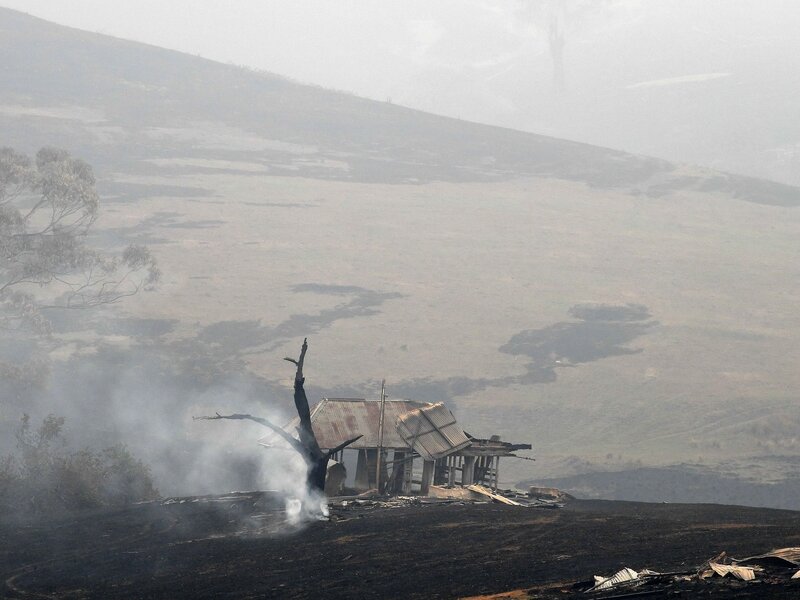 Smoke rises from a tree next to a fire-ravaged house in Australia’s New South Wales on Monday. Reserve troops were deployed to parts of three Australian states after fires worsened over the weekend.

Australia’s government is offering new help to people who have lost their homes and others affected by bushfires that have burned millions of acres of land. At least 25 people have died in the fires, which have brought historic levels of destruction.

While conditions improved slightly over the weekend, forecasters warn that dangerously hot and windy conditions will likely return later this week.

At least 19 deaths have been reported in New South Wales, with several other fatalities in both Victoria and South Australia. Fire officials in New South Wales said Monday morning that 69 fires remained uncontained, with a total of 136 fires in the state.

The fires will continue to burn for months to come, officials say. But the bushfires have exacted a staggering environmental toll.

«The number of cattle and sheep killed is still being tallied, but the losses are expected to be enormous,» NPR’s Jason Beaubien reports. «And the death toll among wild animals is even worse. An ecologist at Sydney University estimates that nearly half a billion animals perished in the state of New South Wales alone.»

Beaubien is reporting from Kangaroo Valley, a forested area south of Sydney that has long been a camping and kayaking destination — but which now stands covered in gray ash, with charred tree trunks the only sign of vegetation.

In a broad swath of Australia’s southeast, smoke has tinted the air a yellowish orange. The smoke has also reached New Zealand.

People who live in Melbourne — more than 100 miles away from the nearest fires, and much farther away from the worst blazes — saw their city blanketed in smoke Monday, with a fog-like haze that only worsened as the day went on.

A new $1.4 billion bushfire recovery fund has been created to help residents, businesses and farmers rebound from their devastating losses, Prime Minister Scott Morrison announced Monday. That’s in addition to other aid sources — and the enormous cost of fighting the fires.

«Whatever it takes, and whatever it costs, we will ensure Australians get the support they need to rebuild and recover from these bushfires,» Morrison said.

Morrison has been sharply criticized for his handling of the fires, from accusations that he hasn’t done enough to help state officials to anger over his recent vacation trip to Hawaii.

The fires are raging as Australia readies for its turn in the world’s athletic spotlight, as the Australian Open is set to begin in Melbourne on Jan. 20. In the run-up to that Grand Slam event, other high-profile tournaments are taking place in Brisbane, Perth and Adelaide — cities whose areas have been touched by wildfires.

Because of the fires, one international tourney has already been moved from Canberra to Bendigo, Tennis Australia says. Athletes and Tennis Australia have pledged to donate money for fire relief efforts.

With its fire season triggering a national crisis, Australia has called on its military to move resources into place and carry people out of harm’s way. On Sunday, an air force C-27 cargo plane helped to evacuate more than 170 people from Mallacoota, a town on the southeast coast, Australia’s Department of Defense says.

About 170 miles north of Mallacoota, artists in the town of Mogo tell Australia’s ABC that their home was among at least 60 properties destroyed over the weekend, robbing them of years» worth of work. The fires were so intense that unfinished pottery that was in the house won’t need to go into a kiln.

«The fire actually finished off my work — and me,» Peter Williams tells ABC.

On Monday, residents of Canberra and the Australian Capital Territory were under a state of alert, told to avoid spending extended time outdoors because of heavy smoke from blazes in nearby New South Wales and Victoria. The territory is offering free respirator masks to vulnerable Canberrans, including pregnant women and people older than 65. 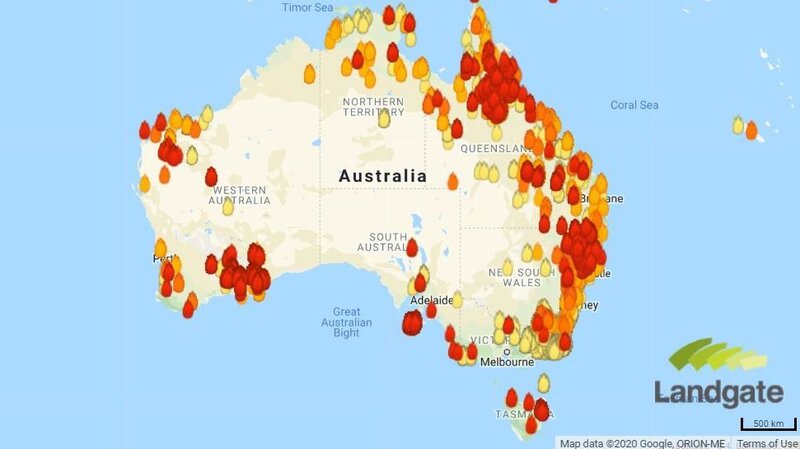 Hundreds of fires are burning in Australia from its southwest coast to its northeast, as seen in this Google Map from the government’s fire agencies.

To show their appreciation for the thousands of firefighters who are trying to save property and lives, many residents have been displaying red ribbons on their fences. While fire and rescue officials say they appreciate that gesture, they’re also urging people to put a special sign on their mailbox if they have a large supply of water on the premises such as a pool, so it can be used to douse flames nearby.

While a large portion of southeast Australia has been under threat of fires in recent weeks, people on its northwest coast are facing a new peril that could further strain national emergency authorities: Cyclone Blake, the first cyclone of Australia’s tropical storm season, is expected to make landfall late Tuesday or early Wednesday local time.

A Category 1 storm as of Monday, Blake could intensify into a Category 2 cyclone as it moves to the south-southwest along the coast, national forecasters say.