The two biggest voting blocs have lost their majority in the European Parliament.

The centre-right European People’s Party (EPP) and the centre-left Socialists and Democrats (S&D) are set to remain the two largest blocs, but have lost seats to the centre, left and nationalist right. 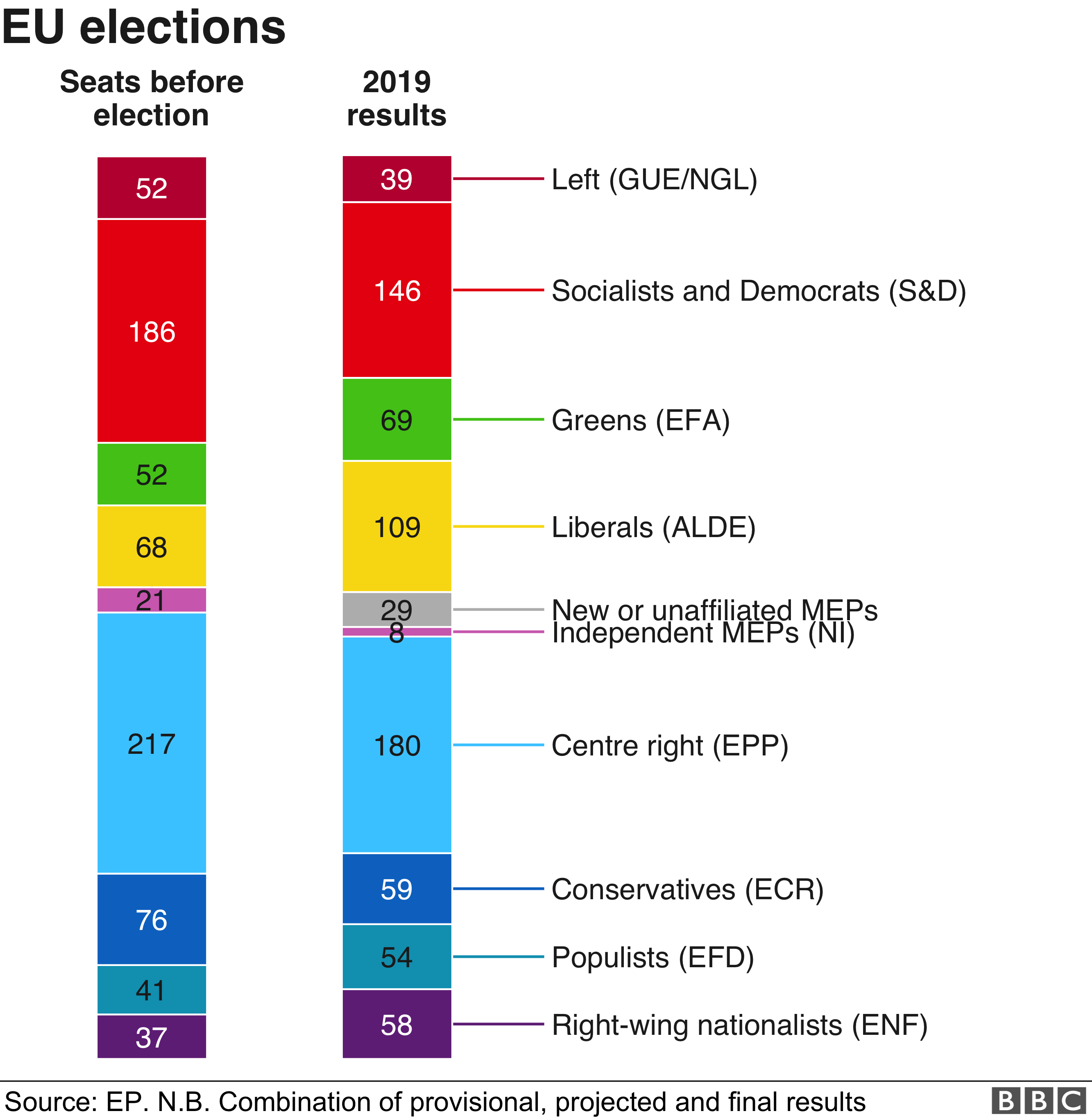 The Greens and Liberals have made gains, as well as the right-wing nationalist and populist groups.

With the two traditional blocs losing their majority for the first time, these smaller groups may find they have more sway on decisions in the new parliament. 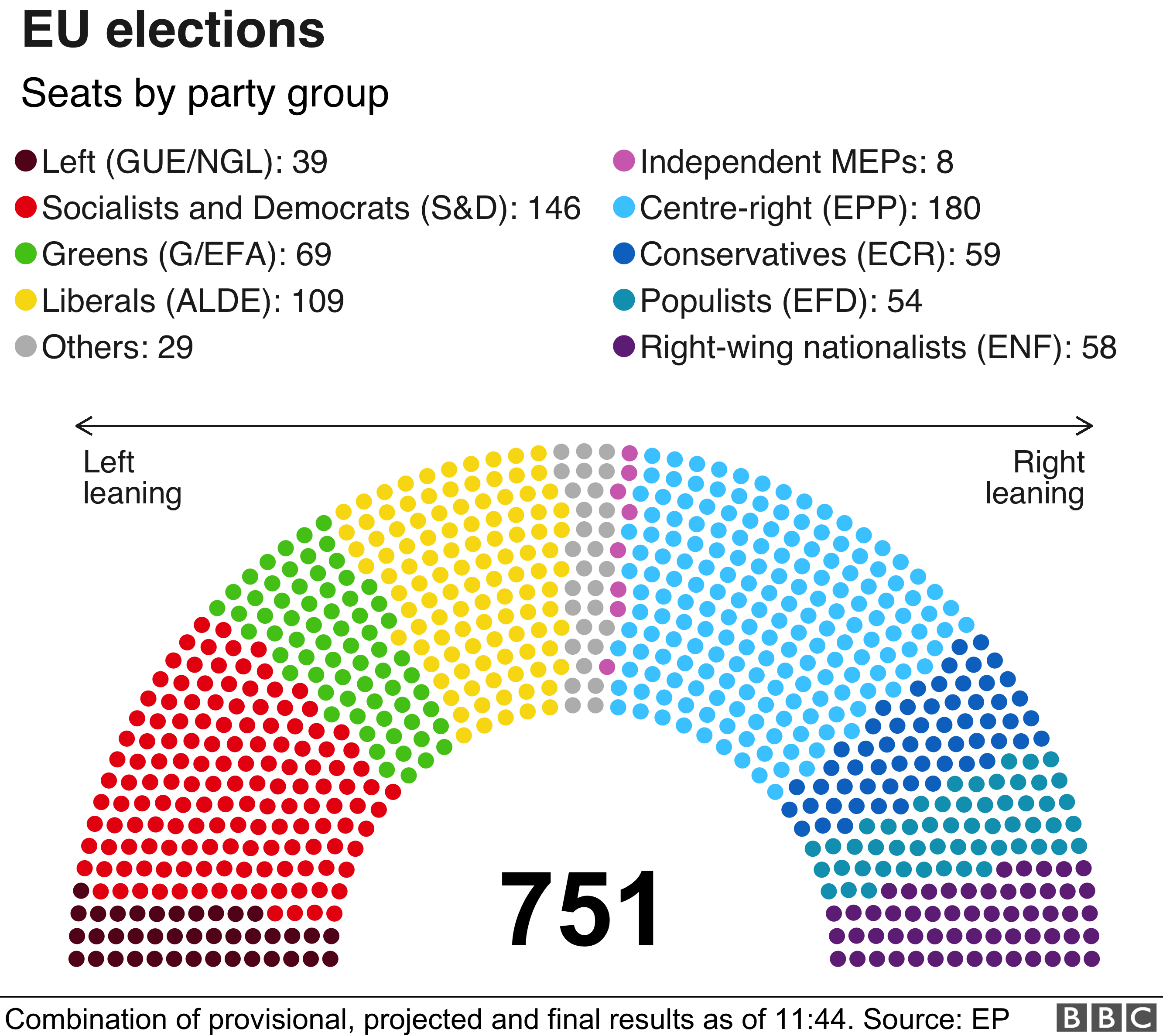 The centre-right EPP held strong in Germany, Central and Eastern Europe, while the Socialists and Democrats did best in Spain, Portugal and the Netherlands. 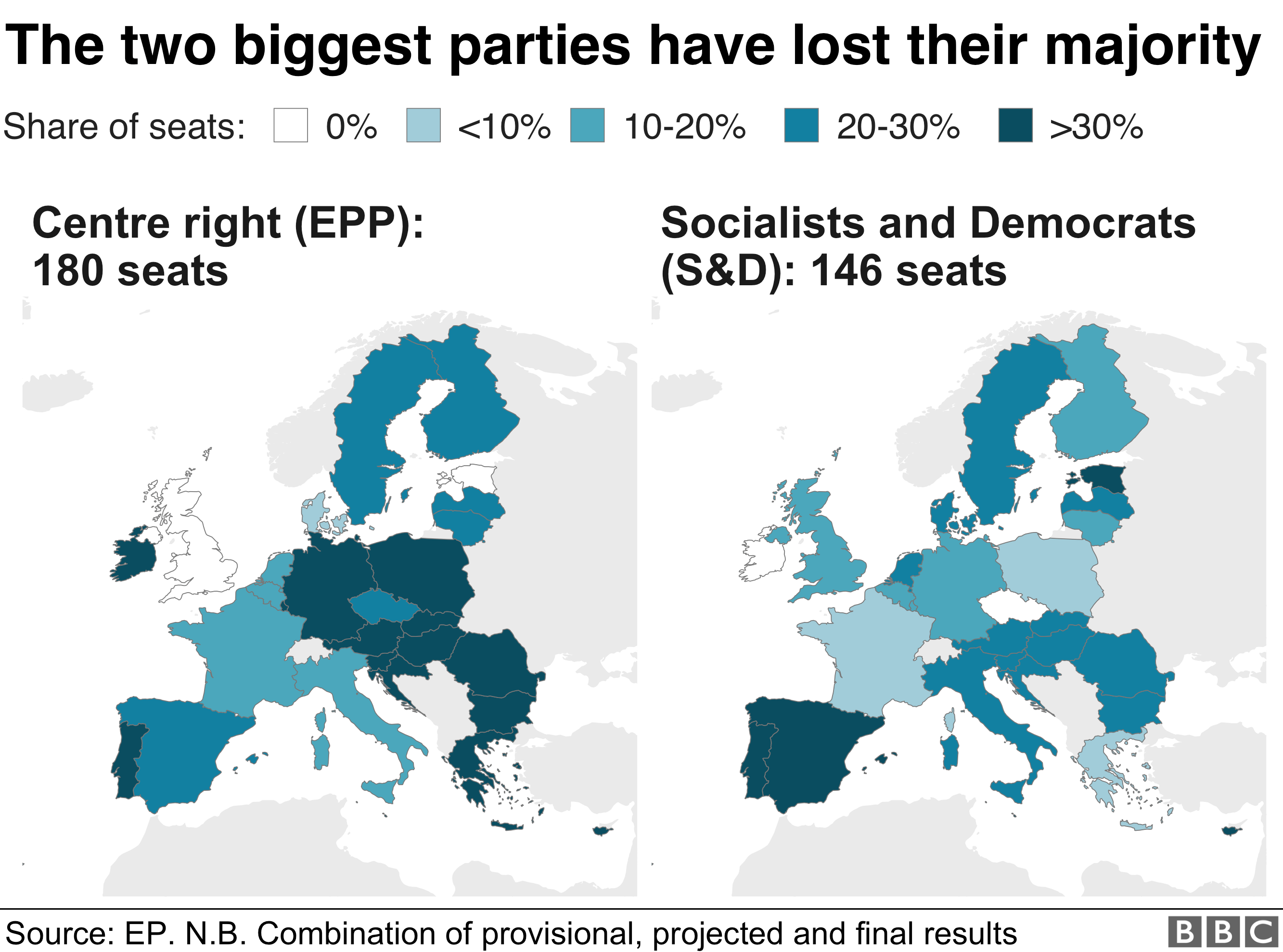 It was a patchy night overall for the populists and right-wing nationalists, but they topped the polls in France, Italy and the UK.

Nigel Farage’s Brexit Party won seats right throughout the UK, at the expense of Labour and the Conservatives. UK results in maps and charts. 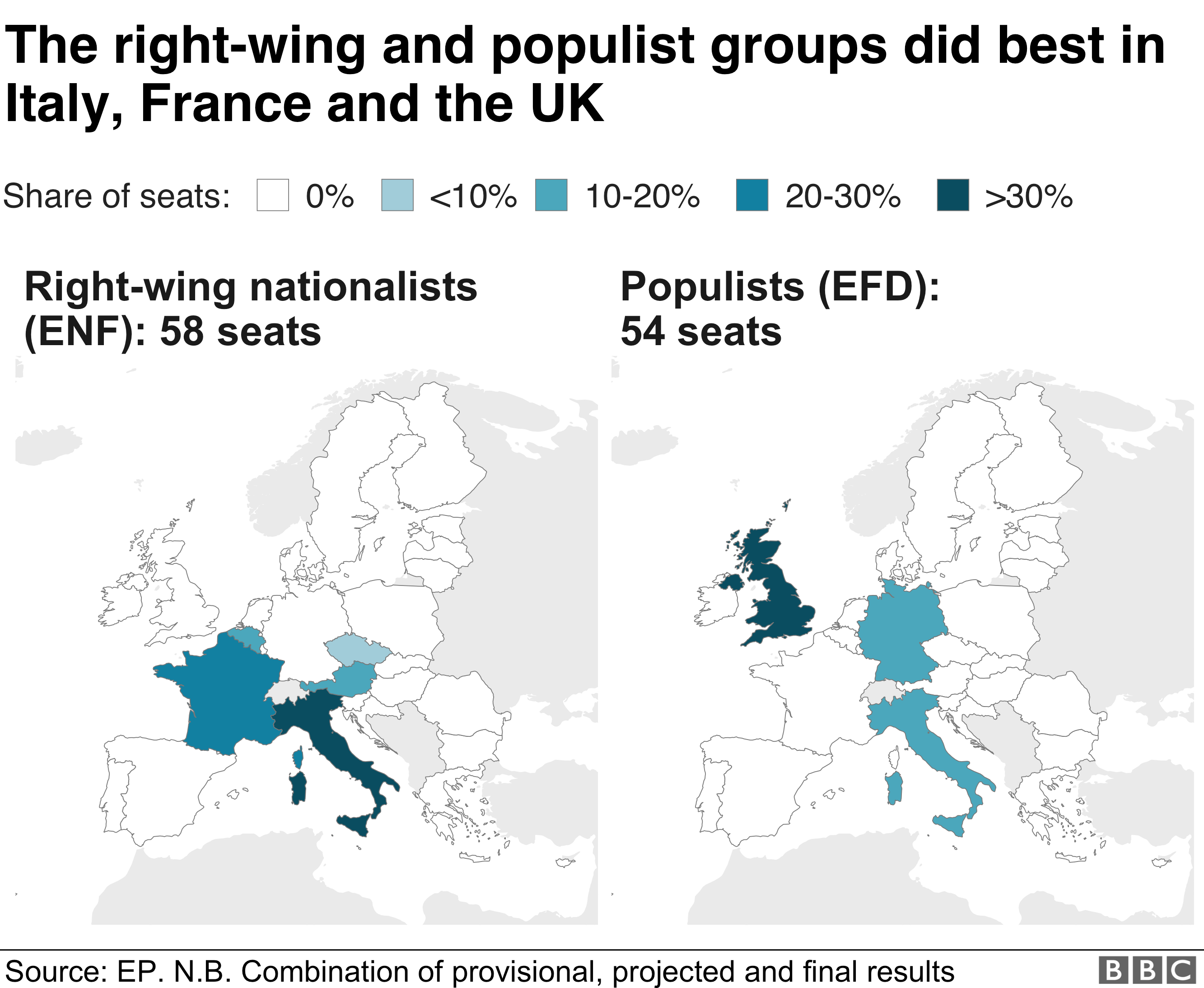 Among the biggest winners on the night were the Liberal and Green groups.

The liberal ALDE group was particularly buoyed by President Emmanuel Macron’s support in France, while the Greens exceeded expectations in Germany, Finland, France and the UK. 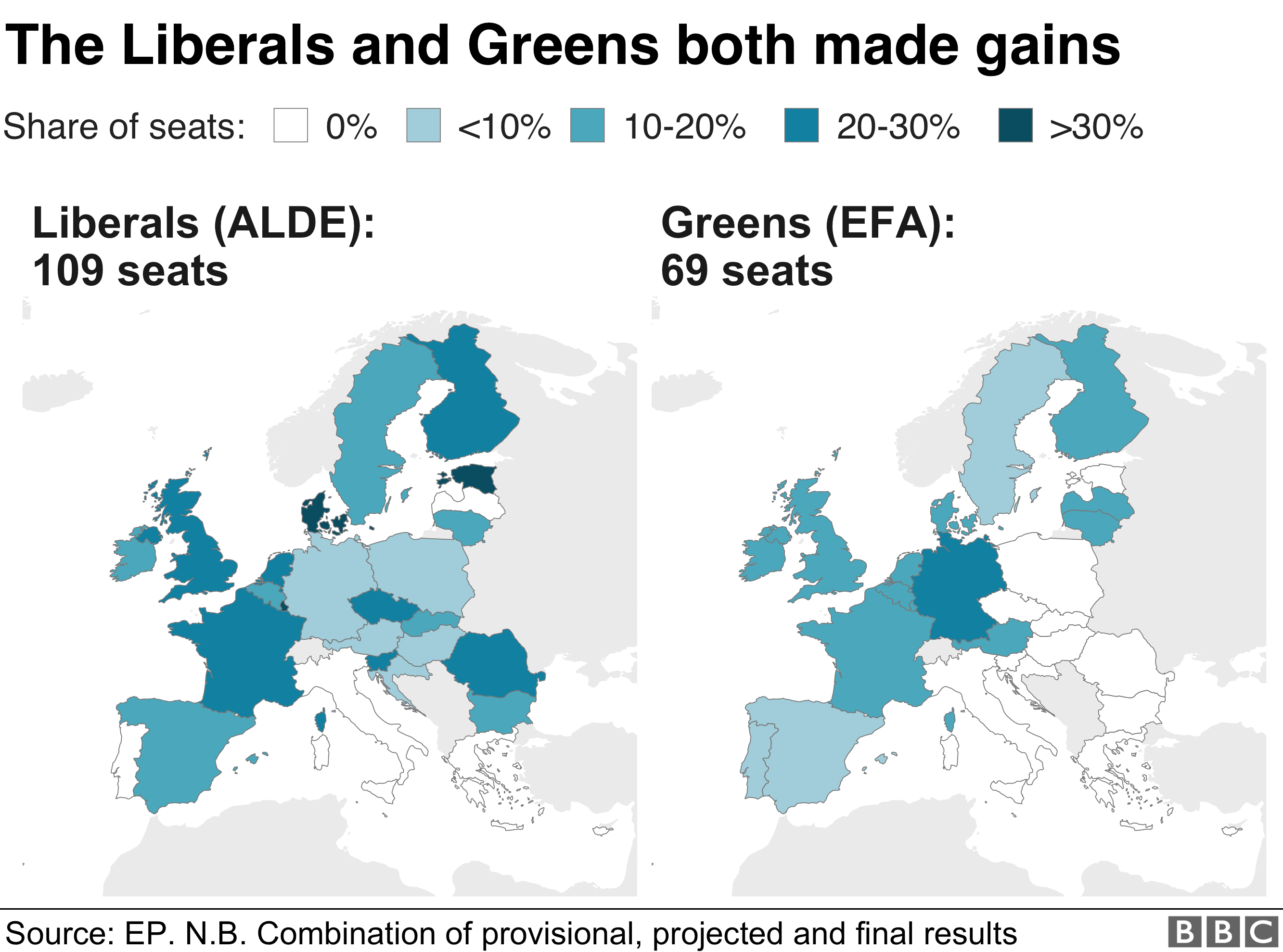 Turnout was up in 20 of 28 EU countries. Overall turnout was the highest it has been in 20 years. 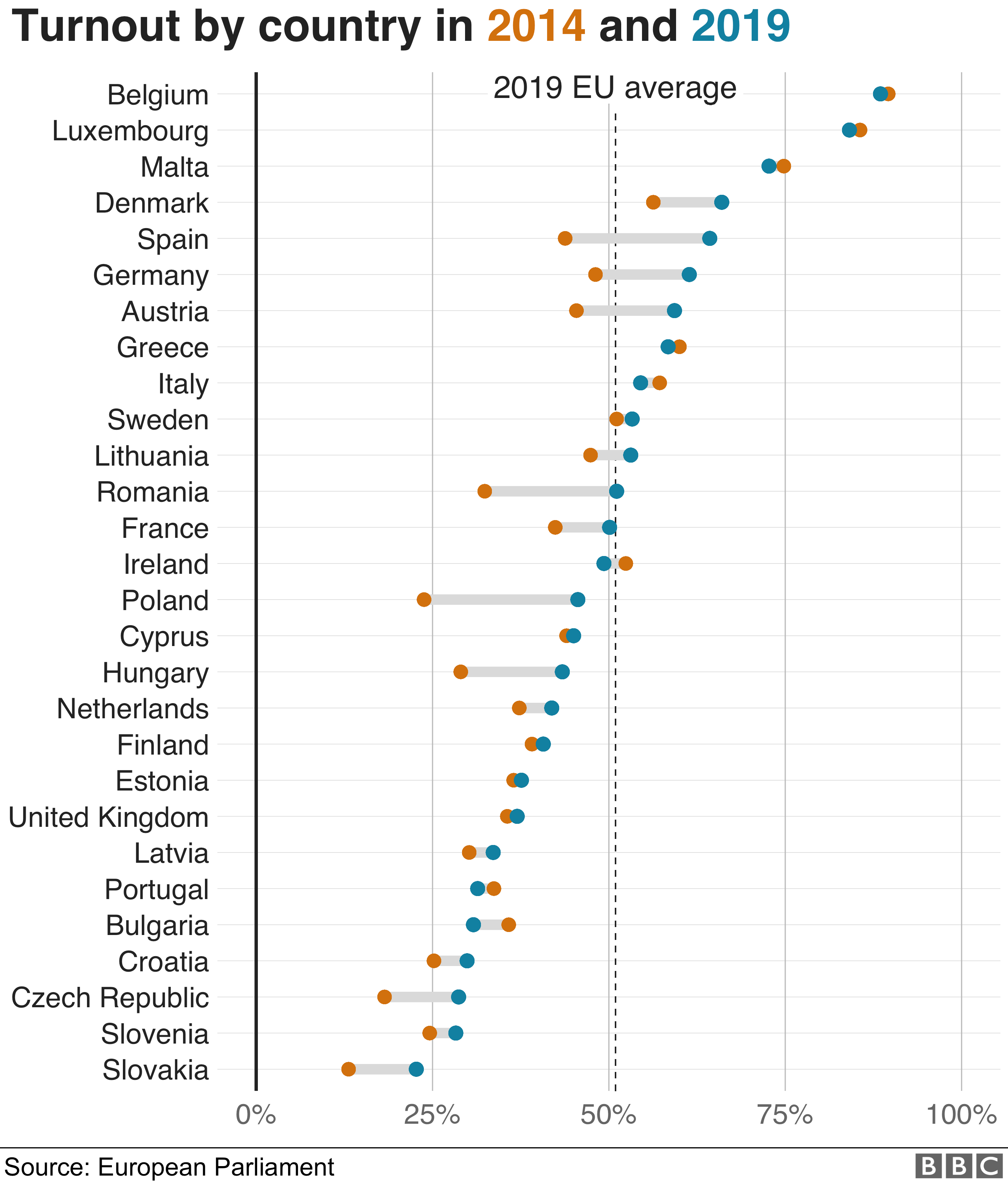