What should the leader of Canada’s left wing party say about what’s happening in Venezuela? Here are a few suggestions: “Canada should respect international law in its dealings with Venezuela.” Or, “Canada shouldn’t select the president of Venezuela.” How about, “The US has a long history of overthrowing governments in Latin America and Canada should never take part.”

Any (or all) of these statements would be clear, reasonable positions for a social democratic party that claims to be in favour of international law and to represent the interests of ordinary people, rather than billionaires, to express. Instead, NDP leader Jagmeet Singh has issued vague, contradictory words about the Liberal government’s aggressive effort to topple Venezuela’s elected president.

Over the past two years, Justin Trudeau’s government has steadily ramped up its campaign to oust Nicolas Maduro’s government. Ottawa has adopted illegal sanctions, supported opposition groups, built an anti-Venezuelaregional coalition, pressured Caribbean countries to join their campaign and taken a complaint about the Venezuelan government to the International Criminal Court. Last week, it recognized a little-known opposition politician — who has never garnered even 100,000 votes — as president of the country. And before making this Trumpian, anti-democratic, over-the-top-interference-in-another-country’s-internal-affairs decision, Canadian diplomats spent months preparing the move with the opposition to ratchet up tensions in the South American country. It seems the “Trudeau Doctrine” has been proclaimed, similar in purpose to the USA’s “Munroe Doctrine” first issued in 1823.

All of which should have offered a wonderful opportunity for a political party of the left to differentiate itself from the pro-big business, pro-American, pro-imperialist Liberals. But, despite Ottawa openly violating the UN and Organization of American States charters, the NDP leadership has barely mustered any criticism of Canadian policy. After Ottawa recognized National Assembly head Juan Guaido as president of Venezuela last week Jagmeet Singh tweeted a largely meaningless general message. Under pressure from activists — and with NDP MP Niki Ashton, as well as current candidates Svend Robinson and Jesse McClendon, making much stronger interventions —the party subsequently published a slightly better statement.

While many of the party’s activists are probably confused by the leadership’s indifference to Canada’s push for a coup/invasion, NDP foreign-policy is run by a former Canadian diplomat who has aligned herself with Venezuela’s far right. A year ago I published an article in the Canadian Dimension titled “Has it become NDP policy to support US-backed coups in Latin America?” Among numerous criticisms of Venezuela’s government, foreign affairs critic Hélène Laverdière called the vice-president “a drug lord” from whom “the American government has seized billions of dollars of his assets for drug trafficking.” Laverdière should have been removed as foreign critic the day after repeating this obviously absurd claim from Venezuela’s lunatic far right. (In what may be the first ever resolution to an NDP convention calling for the removal of a party critic, the NDP Socialist Caucus submitted a motion to last February’s convention titled “Hands Off Venezuela, Remove Hélène Laverdière as NDP Foreign Affairs Critic.”)

Beyond Laverdière, the party leadership is largely aligned with the foreign policy establishment or those, as long time NDP MP Libby Davies put it, who believe a “Time Magazine version” of international affairs. As I detail in Left, Right: Marching to the Beat of Imperial Canada, the party leadership fears corporate media backlash and only challenges official international policy when activists force the issue. (Can you imagine if the NDP never challenged government policy inside Canada? There would be no reason, aside from providing a third set of faces, for the party to exist.)

On Venezuela, the party leadership would probably prefer the issue simply disappear from public discussion. But, that’s unlikely. The Liberal government has made Venezuela, reports the Globe and Mail, “one of the government’s top foreign policy priorities.” In a town hall speech on Thursday that Global News headlined “Trudeau says clause in Venezuela constitution shows Guaido is interim president,” the PM boasted that “I’ve been making calls to a significant number of global leaders” (including the heads of France, Spain, Ireland, Colombia, Italy and the EU) to convince them to join their campaign against Venezuela.

For his part, Donald Trump, reports the Wall Street Journal, has “long viewed Venezuela as one of his top three foreign-policy priorities, including Iran and North Korea.” The clique of extremists driving US policy have set up a situation that may require an invasion to succeed.

On Monday the “Lima Group” of governments opposed to Venezuela’s elected government are meeting in Ottawa. A protest is planned there, as well as in at least two other Canadian cities. Before the “Lima Group” summit the NDP should release a statement challenging Canada’s coup planning and Niki Ashton, or another MP, should be allowed to speak at the rally.

It’s not too late to do the right thing. 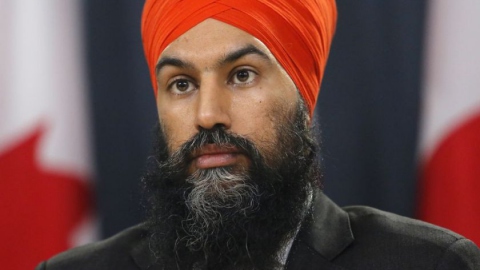 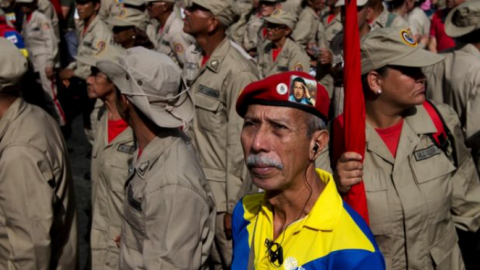 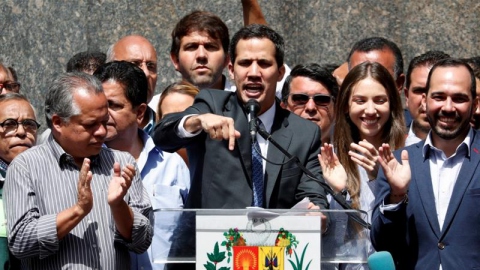 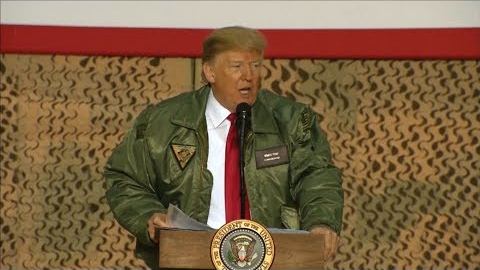