The Drone Attack Against Venezuelan President – Part I

The first step in analyzing the Venezuelan drone incident is separating what we know from what we don’t. Unfortunately, much of the media and many political actors have not been rigorous in striving to achieve objectivity. As a result of their partiality, the event has ended up emboldening followers on both sides in Venezuela

Abundant evidence indicates that the attack was not staged by Maduro. Various government adversaries (such as former police chief Salvatore Lucchese) have taken credit for it or recognized that they knew about it before-hand (Miami-based TV host Jaime Bayly). That such an action was carried out should not be surprising given the barrage of threats of military intervention, support for a military coup and the like coming from powerful U.S. actors (President Trump, Senator Marco Rubio, etc.) – statements that invigorate members of the Venezuelan opposition who contemplate extra-legal tactics. Furthermore, anti-Chavistas have engaged in violence to achieve regime change on numerous occasions.

We don’t know all the specifics of who organized the attempted drone attack. But statements coming from the U.S. and European Union and the wording used by the commercial media indicate doubts as to whether Maduro’s adversaries were behind it. In sharp contrast with reporting on terrorist activity elsewhere, the printed media consistently places quotation marks around the term “assassination attempt.”

The narrative that blames Maduro for the incident encourages radicalization. But Venezuelan independents who generally reject both Maduro and the opposition condemn the attempt and support the government’s side, as they have in response to the U.S.-imposed financial embargo and other actions by international actors, an observation recently made by Venezuelanalysis reporter Paul Dobson.

Steve Ellner taught economic history and political science at the Universidad de Oriente in Venezuela from 1977 to 2003. He is the editor of The Pink Tide Experiences: Breakthroughs and Shortcomings in Twenty-First Century Latin America (Rowman and Littlefield, 2019). 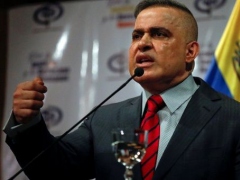 Aug 15th 2018
The Public Prosecutor’s office has delivered the information to Interpol in a record time and with great detail about those involved in the failed attack,… 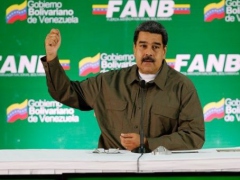 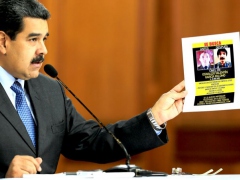 Aug 9th 2018
The recent drone bomb assassination attempt against Venezuelan President Nicolas Maduro comes amid the failure of US imperialism to oust him by other means,… 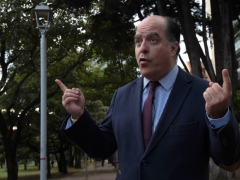