Call for Peace in Honduras – But «Uncle Sam» don‘t Care!

In Symbolic Call for Peace, Tens of Thousands Form Human Chains in Honduras

An estimated 40,000 Hondurans participated in the actions, which took place in the capital of Tegucigulpa as well as scores of other cities

Sunday’s demonstration aimed to «raise awareness of the population against violence, in favor of a culture of peace and healthy cohabitation,» according to one participant. (Photo: La Prensa)

In the face of rising violence, including two recent murders of local land rights activists, tens of thousands across Honduras formed human chains on Sunday in a symbolic call for peace.

TeleSUR reports that 40,000 Hondurans participated in the actions, which took place in the capital of Tegucigulpa as well as scores of other cities.

The human chains were organized by 30 human rights groups, including the Honduras Towns Association and the «Say Yes to Life» movement, which denounced the country’s estimated 14 homicides per day and forced displacement of tens of thousands fleeing the violence.

«The human chain is a peaceful demonstration, focused on the citizenship, on all the Hondurans who have experienced the pain of violence in various ways,» organizer Nery Cerrato told the EFE news agency. «Honduran society does not deserve to be stigmatized as the most violent country in the world.» 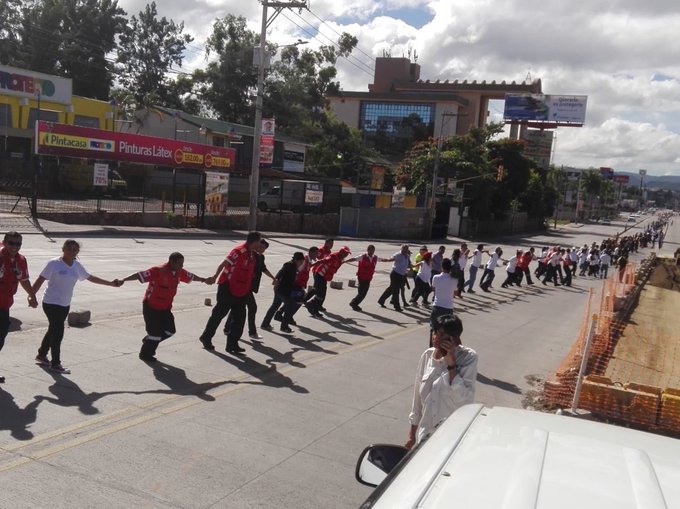 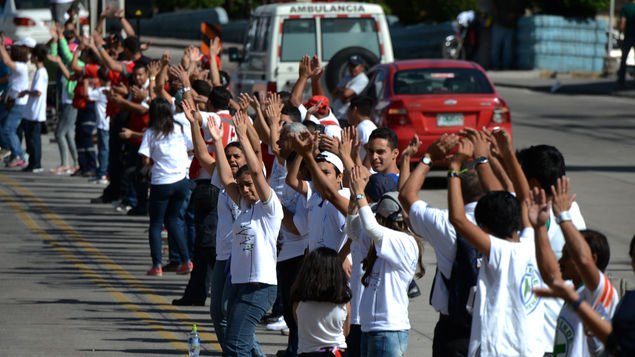 Common Dreams reported just last week on the alleged assassination of Jose Angel Flores, president of the Unified Campesinos Movement of the Aguan Valley, or MUCA. His murder was blamed on «death squads chasing peasant families fighting for land rights,» in a region where 150 other activists have been killed over the years. Thekilling of Honduran activist Berta Cáceres also drew attention to the crisis earlier this year.

«Honduras has turned into a «no-go zone» for anyone daring to campaign for the protection of the environment,» Erika Guevara-Rosas, Americas director at Amnesty International, said at the time. «How many more activists have to be brutally murdered before the authorities take effective action to protect them, or even be willing to talk about this crisis?»

Sunday’s human chain demonstration, in turn, was meant to «raise awareness of the population against violence, in favor of a culture of peace and healthy cohabitation,» TeleSUR reported participant Nicolle Betancourt as saying.

See the scope of the actions in this La Prensa video (Spanish), or in the tweets below: 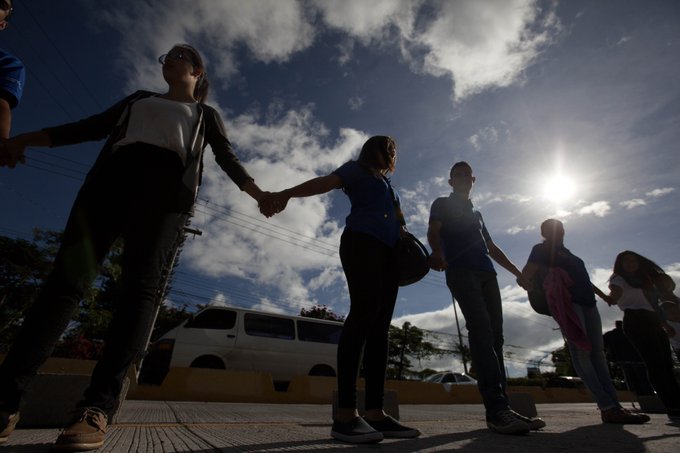 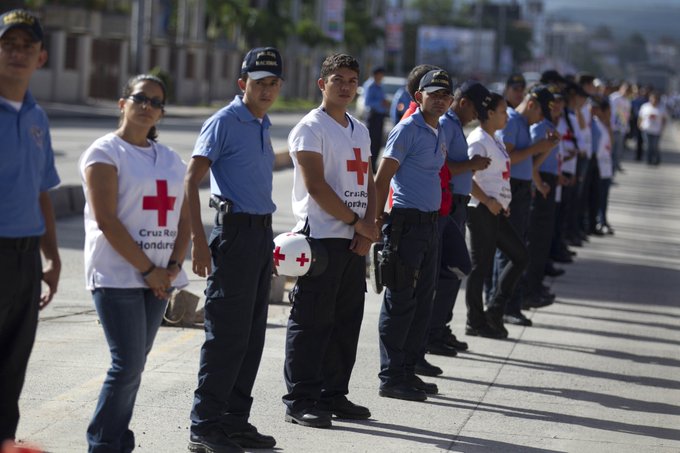 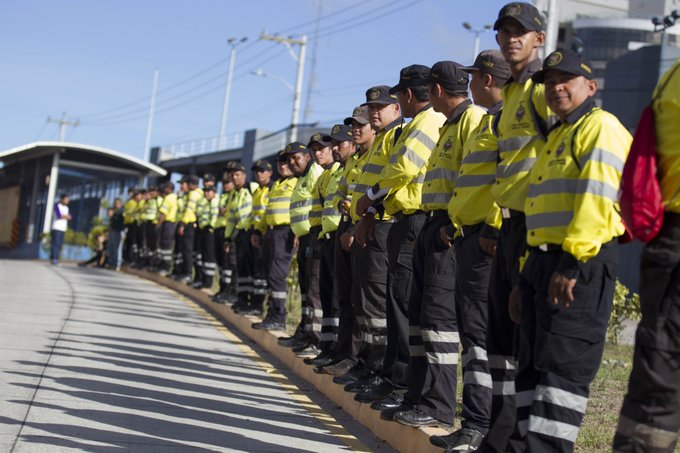 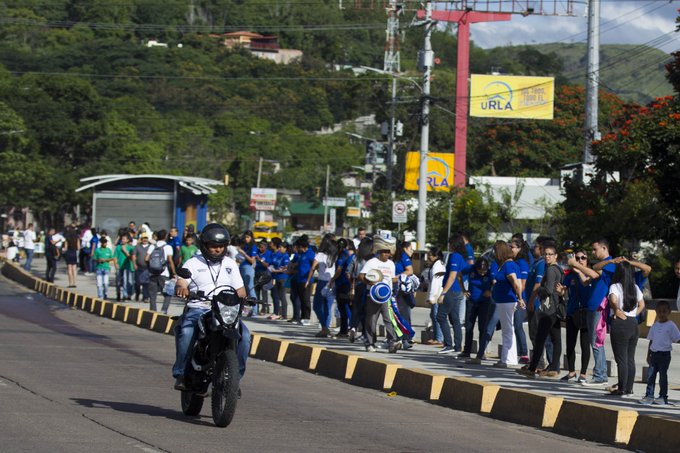 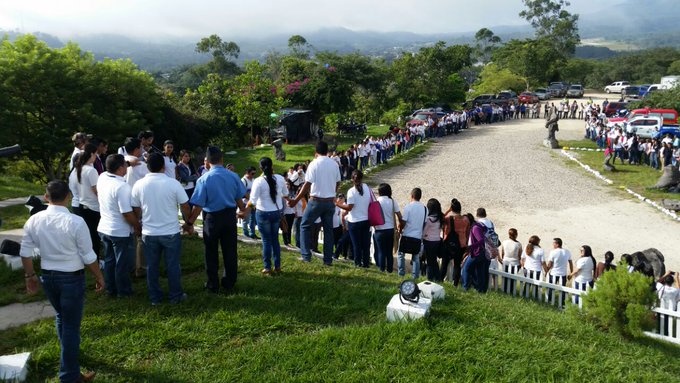 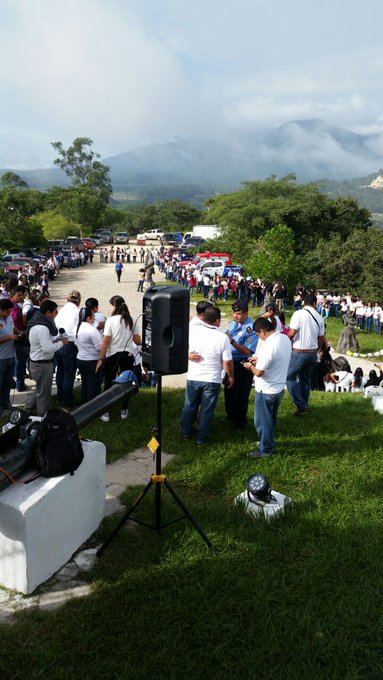 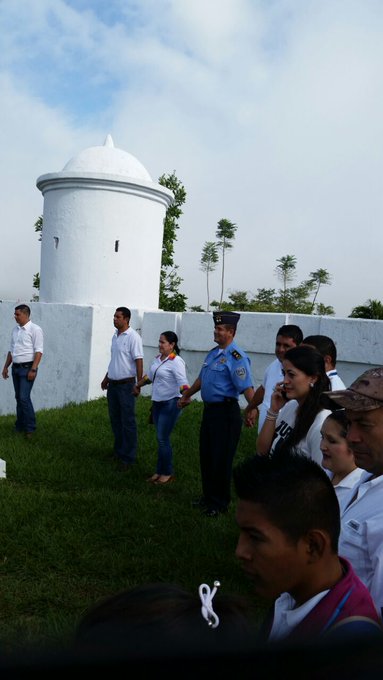