People around the world show solidarity with Orlando victims

This is a shameful time as a human. How on earth can our brain behave like this. It’s almost impossible to understand this. Words can’t catch it!

A gunman killed 50 people and injured at least 53 others on Saturday 11th of June after storming a gay nightclub in Florida in a vicious act of terrorism and homophobia.

The «lone» attacker, identified as Omar Mateen, 29, entered Orlando’s Pulse club shortly before 2am local time (6am GMT), where hundreds of revellers were partying.

Armed with an assault rifle and a handgun, he then took terrified victims hostage before opening fire, showering the venue in a hail of bullets.

Gay rights supporters in Rome took part in a candlelight vigil Sunday night in the gay- and lesbian-friendly neighborhood of Gay Street, located near the Colosseum where just yesterday the city held its Gay Pride parade. In Paris, supporters gathered at the Beaubourg art center, placing candles in a small heart-shaped vigil and holding the rainbow flag.

Rio de Janeiro congressman Jean Wyllys, Brazil’s best-known openly gay lawmaker,  condemn not just the attack but the homophobia that he said was also a deadly issue in his own country. And in the US, I should ad, and in many countries around this world.

Wyllys writes: “It could be any of us! Do you know any gay man, any lesbian, anyone who is bisexual? A friend, a workmate, a neighbor, a cousin? Because they could be dead if they had been in Orlando, having fun in a club without doing anybody any harm,” he wrote. “Homophobia and transphobia are not abstractions nor an invention as the villains who practice them suggest. They produce fatal victims. In Brazil, there are almost 300 murders a year.”

Not all the reaction was compassionate, though. A Turkish newspaper aligned with the current ruling party published a headline that called gay people «deviant.» Others have translated it as «perverted.»

Others noted that, if you searched for it, you could find people celebrating the attack in various corners of the Internet.

Go to Al Jazeera Arabic Facebook page and read the comments about the #Orlando attacks and you will see 1000s of people celebrating. #qatar

For many activists, it was a moment to point out links between homophobia and Islamophobia. People who belong to both the LGBT and Muslim communities argue that hate is hate, no matter who it targets.

Shame on all governments around the world who let this happen in their countries. The same leaders are now condemning (rightful so) the vicious in Orlando.

Shame on the misconception and distorted concept of freedom in the US and neoliberalism which creates «freedom acts» for guns everywhere in the society.

And shame on all of us who let small drop of prejudices and biases fall on people who just are not exactly like we want them to be in the daily life. 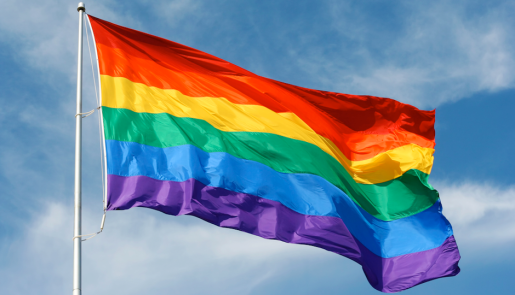 I wrote a couple of poems to those who was murdered at Utøya in Norway 22nd of July 2011. To all the very sad funerals which took place in weeks and months after the terrible. I use them again here, but have changed some words in them only.
To all who where meaningless killed in Orlando – We will never forget them!

The sting of revenge

Someone saw with blindness on “weed”
who and where a plant should stand
Now each have to sit down on grass
see the many colors, catch sounds

Someone thinks many flowers
are to much for their head
We‘ll answer them with this promise:
Never again the sting of revenge,
never again the 11th of June in Orlando!